How I wound up here.

Where to start, probably best to go all the way back to my education, though I won’t dwell there long. Just to say I went to art college to attain a degree in Graphic Design with best intentions, art box swinging naively in one hand, lettracet, layout pads and a shiny new T-square in the other. My art box was packed with markers, inks and brushes, designers gouache and the like. All of this would become virtually obsolete in the workplace over the course of just three years, as the face of Graphic Design and it’s processes modernised irrevocably. I left college with a degree, an apple mac and a slightly cheated look that’s never really worn off. The college sold off its entire photographic darkroom suite after my first year, all its camera equipment gone, but not before I’d gotten a taste.

I guess I stuck it out at the big-shot graphics gig in London’s Covent Garden for as long as I could. I wanted to paint and draw, creating, designing, but at the end of the day, however you dress it up, I clicked a mouse most of the time and stared blankly into a glowing screen, that was the job. The money was great, it enabled me to quit and clear off to India for a year. When I came back, I went to work in the same office, I would work for as long as I could stomach it, then clear off again, a process I repeated for four years or thereabouts.

I was loafing around Syria (back in the day when Syria was a fantastic place to be) with a beautiful Hasselblad camera and a backpack full of film rolls, when i got an email from an old friend: he was delivering a yacht from the Uk to Hong Kong, short of a crewman, could I join them in Port Said, Egypt? Well, of course I could. We stopped in Yemen, Maldives, SriLanka, Singapore, Philippines, it was an amazing journey. From there, I left Hong Kong and disappeared into China with my camera for a few months – at a time long before mobile phones were commonplace, laptops and wifi hotspots had been heard of. Great times to travel. I was years on the road, spent nearly two years at sea, delivering yachts with my old sea dog friend, trans-Atlantic and all over the Mediterranean.

Eventually, I stuck the images I bought back from India, South East Asia, and China in a fancy custom-made leather-bound folio and got it onto the chief photo editors desk of Rough Guides in London. I was ready for a tough interview the day they called me in, but they offered me my first job without much hestitation or any searching questions.

Over the following fifteen years they commissioned me to photograph twenty-four books for them, it was a pretty good job – that’s underselling it too much, it was the best job, a travellers dream, now I look back, I was beyond lucky. Two or three months in a country, up before sunrise every day, out with my cameras, getting right under the skin of a place, learning something of the customs, the language, the history and making friends almost everywhere I went, before moving on once more. The book’s author would send through a detailed hit-list at the start of each job: hundreds of subjects for me to search out and photograph. Local cuisine, featured restaurants, architectural sites, morning markets, famous streets, national costume, museums, cities, towns, deserts, jungles, people, it was all there to be found.

I switched to digital and after each job would edit my shots, burn them onto DVD’s and DHL them back to London from some distant outpost. I lived where I was, I took pictures every day and when I had time off, I took photographs somewhere else. In the six weeks between the Beijing and Korea shoots, I toured across Mongolia with friends in a camper van. And when I found myself with two months free between the shoots for Puerto Rico and Guatemala, I flew to LA, headed south and strolled into Mexico through the Tijuana turnstiles. I figured I may as well overland it all the way down to the next job and that’s just what I did. I traveled hard, took pictures everywhere – got paid to do it, the books I worked on looked great and filled the stores across the world, I could pop into a bookshop pretty much anywhere and pick up the latest editions, hot off the press, packed with my photographs. Life was good.

Of course, all things come to an end, the internet pretty much killed off travel guides and the value of travel stock in one single death stroke. My last Rough Guides shoot was Dubai, it was there I met my wife. We moved to Hong Kong and lived there for four years, I shot weddings, family portraits and corporate events, had two little ones during that time as well.

We’ve recently relocated to New York because the air in Hong Kong was getting pretty bad and when you have kids those issues matter a whole lot more. Besides, when that sort of opportunity presents itself you’ve just got to grab it, right? You only get one life and I’d always dreamed of living in the Big Apple. So here I am. 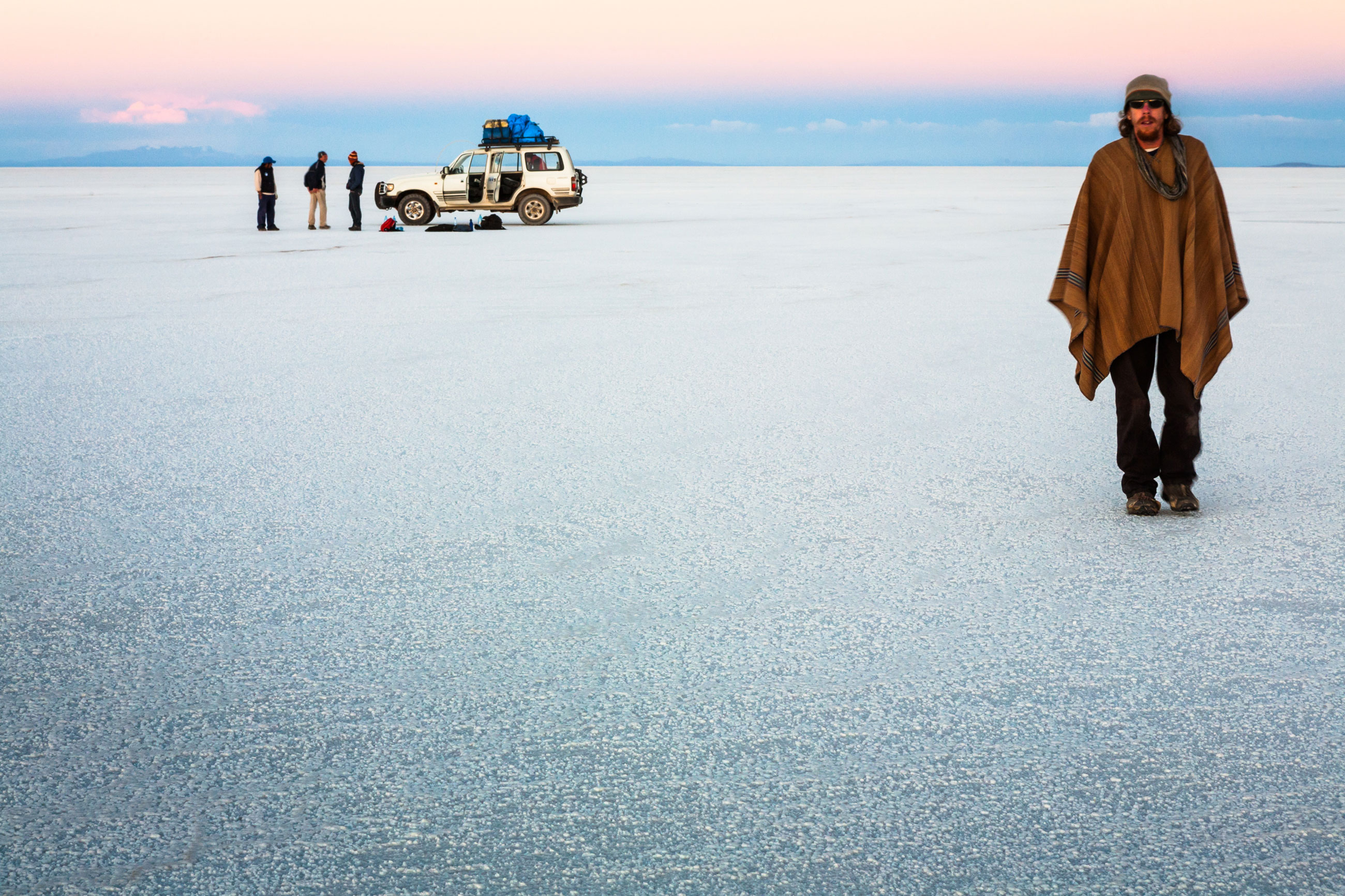 Always Searching For The Shot

“When words become unclear, I shall focus with photographs. When images become inadequate, I shall be content with silence.”

“There is only you and your camera. The limitations in your photography are in yourself, for what we see is what we are.”

“Black and white are the colors of photography. They symbolize the alternatives of hope and despair to which mankind is subjected.”

PHOTOGRAPHY ADVICE I GIVE EVERY TIME

FILMING IN THE MOST WILD OF LOCATIONS

MOTHER NATURE WANTS TO BE PHOTOGRAPHED